More than half of Perth’s suburbs increase leasing activity! 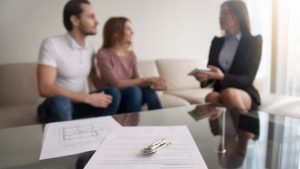 reiwa.com data shows rent prices remain stable in Perth, with the overall median rent sitting at $350 per week during July. “House and unit rents also recorded no change, holding at $360 and $330 per week respectively throughout the month.

“There were 23 per cent of suburbs in the Perth region that saw their median rent price increase, with three of the top 10 suburbs which saw the highest increase were from the luxury market, including Subiaco, Nedlands and Mosman Park with rents rising being over $650 per week,” Mr Collins said.

At the end of July, reiwa.com data found listings for rent decreased five per cent to 7,074 properties. “With rental listings rising eight per cent last month, it is a positive sign to see it decrease in July, which suggests that landlords are listening to the advice of their property manager and have priced their rental in line with market expectations,” Mr Collins said.

Mr Collins said while the overall market was subdued, it is a positive sign to see the median price stabilise at $490,000. “CoreLogic data shows that Perth is the only city other than Sydney that has seen the top end of the market doing better than the lower end which we have seen this month with the demand for the luxury market increasing across leasing and sales activity.

“The top performers which saw an increase to their median price in July were Applecross which saw a 7.8 per cent growth to $1,520,000, closely followed by Currambine with 3.1 per cent, Mosman Park with 2.5 per cent, Bassendean with 2.1 percent and Kingsley with 1.4 per cent,” Mr Collins said.

While the median stabilised, sales activity was down five per cent since last month with 2,318 properties sold in July. “We saw a decrease of 10 per cent in the number of units sold over the month however there was also a 10 per cent increase in land sales. The suburbs that saw the largest growth in sales activity include Leeming, Kelmscott and Yokine.

Listings for sale continued to decline, with 14,195 properties currently available on reiwa.com which is eight per cent lower than this time last year.

“While the market has been declining for some time, the economic conditions in Western Australia are looking far more positive than 12 months ago. I would advise those who are thinking about purchasing their first home, trading up or investing, to act soon and take advantage of current conditions before the market starts to recover and prices inevitably rise,” Mr Collins said.