Perth’s residential housing market has experienced growth in October, with CoreLogic’s Home Value Index increasing 0.6 per cent when compared to September and 0.9 per cent over the quarter.

REIWA President Damian Collins said in late 2019, REIWA believed that the new year would see increased market activity and despite the COVID-19 pandemic, the Western Australian property market certainly has seen this. 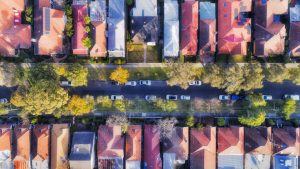 “When comparing October 2020 reiwa.com data to October 2019, sales volume has increased 2.7 per cent. Breaking it down, houses saw a seven per cent annual increase, units increased 20.4 per cent and land decreased 27.1 per cent,” Mr Collins said.

“The decrease in land sales was lessened by the higher number of sales due to the HomeBuilder grant, which certainly picked up the overall annual number of sales, however it is still pleasing to see houses and units performing quite well.”

The suburb to see the biggest spike in sales activity growth in October was Yanchep with a 133 per cent increase – predominately due to the large number of land sales. Followed by East Victoria Park (100 per cent), Cloverdale (86 per cent), Hammond Park (67 per cent) and Aveley (63 per cent).

“Not only have stock levels decreased with 10,272 properties for sale on reiwa.com, which is 27.8 per cent less than this time last year, but the median days to sell has also lowered to 25 days – three days quicker than September and 22 days quicker than October 2019,” Mr Collins said.

With Perth’s residential rental market currently in a crisis, with a vacancy rate of 0.96 per cent, it seems the situation is getting worse, with October’s rental data  showing that stock levels continue to drop, and rents have started increasing.

“The median rent for houses increased $35 per week over the three months to $395 and units increased $20 per week to $350. With a continued low vacancy rate putting upward pressure on rent, we can expect this to increase further over the coming months,” Mr Collins said.

Listings for rent and leasing activity

“The median days to lease in October is the quickest it has been since April 2013, taking only 18 days, with agents on the ground reporting some properties are leasing within days of a listing going live on reiwa.com.”