“After declining during the March quarter, it’s pleasing to see prices rebound strongly this quarter. With the worst of the market downturn appearing over, the improvement in house and unit prices this quarter suggests buyer confidence is returning which should bode well for sellers as we move into spring,” Mr Groves said. 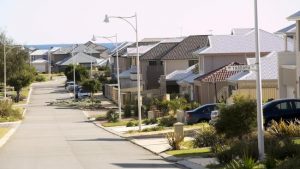 reiwa.com data shows there were 6,900 sales recorded during the June 2018 quarter.

Mr Groves said sales volumes had declined during the June quarter, with the onset of winter having likely contributed to subdued activity levels.

“It’s not uncommon for activity to drop off this time of year. Traditionally, activity tends to slow during the winter months before picking up again in spring,” Mr Groves said.

Despite the overall decline in sales, numerous suburbs recorded more sales this quarter than they did last quarter.

reiwa.com data shows the composition of sales shifted during the June quarter, with more house sales recorded in the $800,000 and above price range than last quarter.

“The June 2018 quarter continued the trends observed during the December 2017 quarter, with good quality family homes attracting a lot of attention in aspirational areas.

“As the WA economy begins to regain strength and owner-occupier loans remain the most affordable they have been in decades, buyers are recognising there is good opportunity to secure a family home in areas that might previously have been considered out of reach,” Mr Groves said.

Mr Groves said stock levels across the metro area had declined 1.1 per cent during the quarter.

“We certainly appear to have hit the ceiling as far as listing stock is concerned. Despite fewer sales being recorded this quarter, it is encouraging to see stock levels have continued to be absorbed,” Mr Groves said.

It took an average of 67 days to sell a house in Perth during the June quarter.

“This quarter’s average selling day figure is one day faster than both the March 2018 and June 2017 quarters,” Mr Groves said.

reiwa.com data shows the proportion of vendors who had to discount their asking price in order to achieve a sale declined by five per cent between the June 2017 and 2018 quarters.

“With reductions observed in average selling days and discounting, this is a good indicator sellers are listening to the advice of their agents and pricing their property in line with market expectations,” Mr Groves said.