Aussie expats and interstate buyers are casting their gaze across the other side of the country to Western Australia, driving demand for real estate in Perth and other regions amid the coronavirus pandemic.

Top-quality homes are being snapped up after their first open for inspection, agents report, as locals and those looking to return home to the state compete for the limited amount of property on the market. 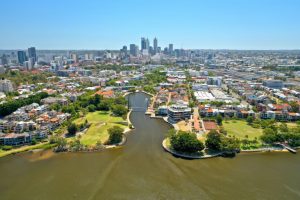 “We’ve seen more interstate interest, mostly from people moving back who grew up here, who’ve had enough of the bushfires and enough of COVID and want to move home,” said Jody Fewster of Ray White Cottesloe Mosman Park. “The phones calls started coming when we went into lockdown… mostly from Sydney and Melbourne.”

While units were still proving harder to shift, houses were in short supply, particularly in the western suburbs, Ms Fewster said.

Domain figures show about 7.5 per cent of enquiries for Western Australia properties over the past two weeks were from buyers outside of the state. This climbed to about 30 per cent for properties in inner Perth, 18 per cent in the city’s western suburbs and 12 per cent in the Busselton-Dunsborough region – about 220 kilometres south of Perth.

“Probably about 20 per cent of our sales are going to overseas and interstate people, mostly expats looking to return,” said Michelle Kerr of  Duet Property Group. “I think the pandemic this year has made a lot of people rethink their values and where they see themselves living.”

It’s also made people question their property needs, she added, and with overseas travel off the cards for some time, more home owners were considering an upgrade.

While Ms Kerr felt the level of interstate interest was about normal, it was a solid outcome amid the pandemic and border closures, which threatened to end Perth’s slow crawl out of its prolonged market dowturn of recent years. 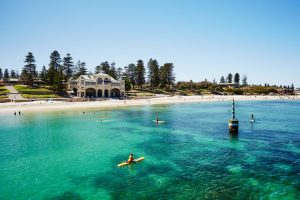 “The beginning of the year was very strong for Perth, probably the strongest market seen in a while … then COVID hit … but now it’s looking back up,” Ms Kerr said.

Corey Adamson of The Agency agreed, saying over the past week he had sold three properties off the back of their first open home – with each getting five offers or more after their initial inspections.

“We’ve definitely been getting interest from interstate… I think it’s put pressure on Western Australian buyers,” Mr Adamson said. “Before you might get one enquiry for every 10 properties, now we’re doing at least one [virtual] walk-through every week.”

Mr Adamson said this, combined with a shortage of stock, had made some local buyers worried, perhaps unnecessarily, that they would miss their chance and prompted them to act quickly. He said demand had been particularly strong in suburbs such as Applecross, Scarborough and Wembley Downs.

Across other pockets of Perth, interstate and overseas interest made up around half of the recent enquiries in the beachside suburbs of Cottesloe and Swanbourne, and about 60 per cent of enquiries in the inner suburb of Highgate.

About half of enquiries in Wilyabrup, in the Margaret River wine region, were also from buyers outside of the state.

Jeanette Bates of Realmark North Coastal said both the sales and rental market had seen strong demand, with many former West Australians bringing forward plans to return to their home state. 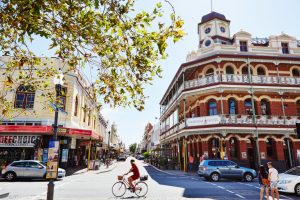 Ms Bates said increased demand also extended to regional areas like Karatha and Port Hedland in the Pilbara region, as more fly-in, fly-out workers opted to move to Western Australia. She added the Dunsborough and Mandurah regions, both south of Perth, had also seen increased interest, off the back of the rise in remote working.

“We’re really busy here, our economy a little different to everyone else at the moment,” she said. “We’ve really got no COVID restrictions, it’s a different world.”

She added a lack of investors in the Perth market in recent years had left rental properties in particularly short supply with the city recording a vacancy rate of just 1 per cent last month, according to Domain figures.