Recently you may have seen that Perth’s luxury market has weathered the COVID-19 storm, with various real estate agencies reporting that their multi-million-dollar listings are attracting high interest and sales. 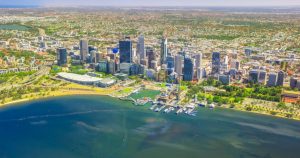 It is pleasing to see the increase in sales activity as it shows that the established real estate market is still performing quite well despite the significant increase we have seen in land sales since the government grants were announced at the start of June.

In addition, the increase in activity at lower price points, demonstrates more activity by first home buyers, due to there being no stamp duty payable on the purchase of an established home under $430,000.

In the latest Lending Indicators by the Australian Bureau of Statistics showed there was a 2.6 per cent increase in the number of loans to first home buyers during the 12 months to June 2020, compared to previous year.

Following on from the effects we are seeing with COVID-19 and the increase in activity recently, it will be interesting to see if this number continues to grow over the coming months.