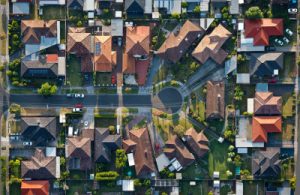 Perthâs median house price increased by nearly two per cent in the three months to December 2016.

âThis is the second month in a row that weâve seen an increase in the median house price, which is a welcome trend and suggests that the trade-up sector of the market is recovering.

âSince the second half of 2016, weâve seen prices across the metro area start to lift on a monthly basis. If youâre a buyer waiting for the âbottom of the marketâ, you would be wise to make a buying decision soon should this trend continue.

âThe benefit of buying now is that there is currently less competition from other buyers, so youâre more likely to find a home or investment property that genuinely meets your needs,â Mr Groves said.

Listings for sale in Perth experienced an 11 per cent decline in December, with 13,883 listings recorded in the metro area.

âItâs not unusual for listing volumes to drop off in December as the market tends to be quieter over the festive period. More significantly though, listings in December 2016 were three per cent lower than in December 2015 which is a good indication that weâve seen supply peak,â Mr Groves said.

In line with seasonal trends, leasing activity in Perthâs rental market moderated slightly in December, dropping back two per cent over the month. However, when compared to December 2015, activity has escalated by a noteworthy 27 per cent.

âWe expect to see a slowdown in leasing activity across the month as people prepare for the holidays, so a two per cent drop isnât a concern. The hike in the number of properties leased on an annual basis however is very pleasing and thereâs been a significant increase compared to the same time in December 2015.

âDespite listings for rent remaining above the long term average, tenants are still very active in the market and recognise they have good choice to secure a home at a competitive price,â Mr Groves said.

Another positive sign for the Perth rental market is that the median house and unit prices remained steady over the three months to December 2016, holding at $380 and $340 per week respectively.