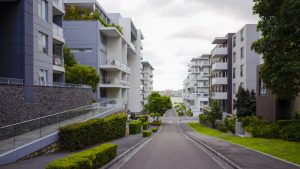 Rental affordability improved during the June 2019 quarter to the lowest proportion of income required to meet rent payments since June 2008, according to research from the Real Estate Institute of Australia.

REIA President Adrian Kelly said the June quarter 2019 edition of the Housing Affordability Report found the proportion of income required to meet rent payments decreased to 23.8 per cent, a fall of 1.2 per cent over the quarter and a decrease of 0.3 per cent compared to the same quarter 2018.

“Housing affordability declined marginally across the country in the June quarter 2019. This is due to the rise in the average loan amounts after the lower levels of the March quarter – which appears to be an annual pattern.

“The total number of loans increased over the June quarter by 6.6 per cent. The number of loans to owner occupier first home buyers has recorded increases in five of the six months of 2019. However, compared to the previous 12 months there was 16,521 less new housing loans – a decrease of 15.1 per cent.

“This upward trend in first home buyer loans is expected to continue, as over the past few years there has been an increase in the final quarter of the year,” Mr Kelly said.

Western Australia
Housing affordability in WA improved with the proportion of income required to meet loan repayments decreasing to 22.4 per cent, a decrease of 0.2 per cent over the quarter and a decrease of 1.5 per cent compared to the June quarter 2018.

The number of first home buyers in WA increased to 3,473 in the June quarter, an increase of 4.8 per cent over the quarter but a decrease of 7.5 per cent compared to the same time last year.