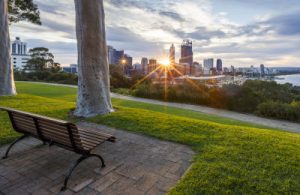 REIWA President Hayden Groves said conditions in the September quarter had mirrored those experienced in theÂ June quarter, which indicated the Perth property market may have finally found its floor.

âWeâve observed six months of stable conditions, with both the June and September quarters posting consistent results. Historically, before a market improves there is a sustained period of level stock, sales activity and house prices, which is what we appear to be witnessing at the moment,â Mr Groves said.

Perthâs preliminary median house price for the September quarter came in at $499,000.

âOnce all sales have settled, we expect the revised September quarter median to lift to around $515,000, an increase on the June quarterâs $510,000 median,â Mr Groves said.

REIWA analysis shows Perthâs median house price only experienced a marginal one per cent decline when compared to the same time last year.

âComparatively, between the September quarters in 2015 and 2016, Perthâs quarterly median house price declined by 2.3 per cent. These longer term trends are a good indicator as to the positive direction the market is headed, as the rate of decline is slower than it was two years ago,â Mr Groves said.

Perthâs preliminary median unit price is $395,000 for the three months to September. reiwa.com data projects this figure will lift to $407,000 once all sales have settled, putting it on par with the June quarter median.

There were 6,960 property sales in Western Australia in the September quarter.

Mr Groves said this preliminary figure was expected to lift to around 8,000 once all sales had settled.

âIn the Perth metro region, property sales increased in the September quarter. Once all transactions have settled, we expect sales to exceed 6000, up from 5,730 in June quarter.

âREIWA analysis shows despite softer market conditions, this quarterâs projected sales figure is not far off the 10 year quarterly average of 6,780. Given the challenging economic factors facing the state, itâs a testament to the strength of our local market that it has held up relatively well through the downturn,â Mr Groves said.

Mr Groves said after a prolonged period of rising listings across the metro area, it was pleasing to see substantial declines occurring.

âWith sales activity trending up and listing levels declining, this has improved net demand across the metro area and contributed to the healthy sales figures weâve seen this quarter,â Mr Groves said.

It took on average 70 days to sell a house in Perth in the September quarter.

âItâs pleasing to see fewer sellers needing to reduce their asking price. It means they are listening to the advice of their REIWA agents and pricing their homes competitively from the start, negating the need to discount their original asking price,â Mr Groves said.