The latest Real Estate Institute of Australia’s Housing Affordability Report has revealed that Western Australia is once again the most affordable state to buy and rent in, improving 0.7 per cent compared to the June 2019 quarter. 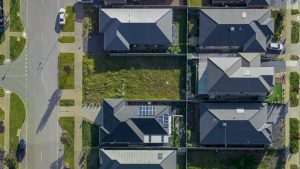 REIWA President Damian Collins said strong demand in the rental and sales market meant affordability was likely at the best levels we will see, and now was a favourable time for both home buyers and investors to get into the market before prices start to pick up.

“This is an exciting time for potential home buyers and investors. Not only is WA currently the most affordable state in the country, but this combined with all of the various government bonus schemes and the current low interest rate environment, means it’s even easier to enter the property market,” Mr Collins said.

The report found that the proportion of income required to meet loan repayments in WA improved to 24 per cent in the June 2020 quarter, a decrease of one per cent compared to the previous quarter and the average loan size reduced 2.1 per cent to $397,739.

“By comparison, in New South Wales, the proportion of income required to meet loan repayments is 42.3 per cent, while the average loan amount is $605,050 – significantly higher than WA and the highest in the country,” Mr Collins said.

“Although affordability has improved slightly across the country, the dream of home ownership remains challenging for many Australians on the East Coast. We’re lucky that this dream is very much alive in WA, which is evident by the large proportion of first home buyers WA has retained, despite the difficult economic conditions felt through the COVID-19 pandemic.”

The report showed that rental affordability has improved in WA with the proportion of income required to meet the median rent decreasing to 16.1 per cent. This is substantially below East Coast markets, where rents make up as much as 28.5 per cent of median income.

“Given the low vacancy rate, it’s likely rents will rise in WA which is good news for property investors. While tenants of course would rather not see rent rises, they can feel comfortable that it’s cheaper to rent in WA than any other state or territory and that’s likely to remain so for some period of time” Mr Collins said.

“It certainly appears that WA has escaped the COVID-19 induced property slowdown and given the high levels of demand and limited supply, we may even see house prices rise later in 2020. I would encourage anyone thinking of buying, whether as a home buyer or investor, to act sooner rather than later.”