From Guildford’s first watering hole to a school house and now a private residence, this property presents more than a significant slice of local history. 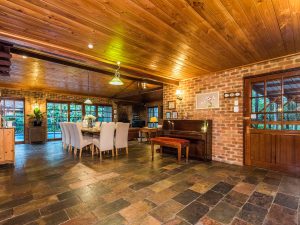 Originally built in 1831, the charming property was converted to a hotel before being replaced with the current two-storey Georgian gem in 1853 – curated from handmade bricks, hand-sawn floorboards and blacksmith nails.

Originally named the Royal Hotel, it became known as the Devenish Inn after its owner, who brewed his own beer on site. From the 1860s, it became the Liverpool Arms Hotel, where the West Australian Agricultural Society held its meetings for several years.

The building was converted to a private residence in 1896. It is believed to have formed the embryo of Perth’s elite private school Guildford Grammar before serving as a private girls’ school.

Selling agent Heidi McAtee, from Elders Real Estate – Bellevue, said the iconic property was a local landmark, not only for its depth of history but its rare 1877sqm landholding. 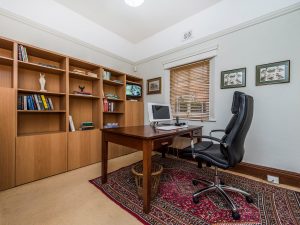 “This is the first time this property has come to market in a generation and the sheer size of the property at 1877sqm is extremely rare in today’s terms,” Ms McAtee said. “It is a beautiful home awaiting its new family.

“Guildford is especially rich in history being one of the early settlement areas in WA.

“We are a tightly-held suburb with few properties coming to market each year and homeowners take pride in renovating and maintaining ornate and traditional facades which complement the tree-lined streets.” 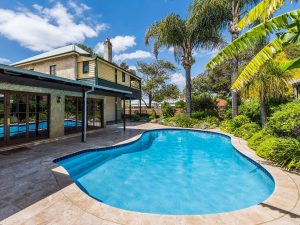 As well as triple-brick construction on the ground floor, the property is still peppered with hallmarks from its era including decorative fireplaces, leadlight doors, exposed 1850s brickwork and a jarrah staircase.

The original sheoak roof shingles have been overlaid with corrugated iron, but are preserved and can be seen from the downstairs living area.

Ms McAtee said the floor plan was versatile and could accommodate up to six bedrooms and two living areas.

More modern features include an 11m swimming pool and adjoining pool house, which is set up as additional accommodation but could also serve as an artist’s studio, home office or retreat.

Outside, there is a large greenhouse with a water tank and misting system, cubby house and a range of fruit trees including fig, avocado, citrus and plum, along with grape vines.

The building is classified by the National Trust and is on the heritage register of the National Estate, Statewide Hotel Survey and Municipal Register.