Perth housing market: the most expensive sales for 2017

IT WAS a year for bargains in the top end of WAâs residential market â relatively speaking.

The former owner of WAâs Ikea store, Alan Tribe and his wife Marisa, bought the home from Sharon Creasy, who first listed it five years ago before the full impact of the resources downturn. 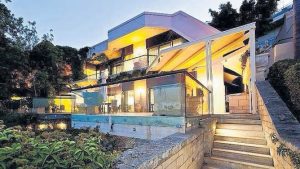 The second-highest sale this year â according information from Landgate and the Real Estate Institute of WA â was on Wellington Street, Mosman Park.

The home was built by low-profile investor John Clinton and wife Lilian on the site of the Prix DâAmour mansion owned by late mining magnate Lang Hancock and wife Rose.

The Gone-with-the-Wind style Prix DâAmour was bulldozed in 2006 and sub-divided into 10 lots, with the Clintons building their sprawling mansion over two lots.

Peet chairman Tony Lennon and wife Gwenyth bought the home for $11.675 million this year, which was a steal considering it was initially listed for $20 million in 2015. During construction, some experts predicted the home would fetch as much as $30 million.

A home on Webb Street in Cottesloe came in a close third at $11 million.

There are no financial records available to show who was behind the mystery transaction. Next on the list was a home on Duncraig Road in Applecross, formerly owned by Alisha Caratti, who is the daughter of rich list property developer Allen Caratti.

She sold to veteran Perth property investor Michael Oosterhof and wife Frances in June for $10.5 million.
A home on Avonmore Terrace in Cottesloe with sweeping ocean views on a 1029sqm block was bought by former Perth real estate agent David Prosser from Kathleen Prosser for $8.8 million, through a company called Barraganyatti Bridge.

Next on the list is a home on The Avenue, Nedlands, sold in May by Content Living managing director Gino Bastow, for $8.5 million.

It was bought by a company called Vin Bella, owned by John Gillet, the director of WA aged care provider Craigcare, and his wife Jocelyn. 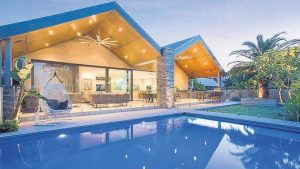 Over the river, a home on The Strand in Applecross sold in May for $6.9 million by Greg and Roberta Hunt to Na Ni and Bo Wang.

The next most expensive home of the year sold on Caves Road in Marybrook in the South West to Grace Mazur, the woman who gave Australia the Thermomix, and her husband Witold, the co-founder of the distribution company, for $6.55 million in February.

A Bindaring Parade property was sold by Elizabeth Perron Demarte â a director of the Perron Group and daughter of founder Stan â to Colin and Michele Mackellar for $6.5 million in March. It was initially listed for $7.5 million.

Real Estate Institute of WA president Hayden Groves said it appeared prices at top end of the market were starting to pick up.

âThe feeling is that the worst of the downturn has passed, so now itâs a matter of holding on,â he said.

Article Sourced from PerthNow
Written by Kim Macdonald
December 30, 2017 4:01AM