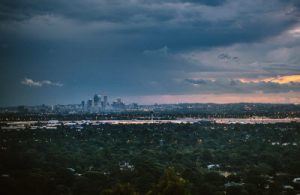 Perthâs property market showed signs it had stabilised in the June quarter, with the latest preliminary data revealing there was little change recorded to key market indicators over the three month period.

REIWA President Hayden Groves said while conditions remained softer, there were some positive indications the market had finally begun to settle.

âWeâre certainly not experiencing the steep declines across the board we once were. Although no one can accurately ascertain the future of the property market, the signs are there that we have finally found, or be very close to finding, the âfloorâ of the market,â Mr Groves said.

Preliminary figures for Perthâs median house price shows it came in at $500,000 for the three months to June 2017.

âAs with most quarters, this preliminary figure sits noticeably below the revised March quarter median of $515,000, but when we compare like for like, the June and March quarter preliminary medians are very comparable and show there has been little movement in median house price in the first six months of this year.

Perthâs preliminary median unit price also fared quite well in the June quarter, coming in at $412,000. âPleasingly, this is only down a marginal 1.8 per cent on the revised March quarter unit median, which suggests that once all sales have settled, this quarterâs median unit price should come in higher than last quarter,â Mr Groves said.

Landgateâs preliminary data shows there were 6,188 total dwelling sales in Western Australia in the three months to June 2017.

âSales activity in WA over the last three quarters has been fairly consistent, which is a welcome change from the declining trends we were observing previously. Once all transactions for the quarter settle, we expect the final sales figure to lift to just above 9,000, which will put it on par with the December and March quarter,â Mr Groves said.

âWeâve also seen a similar trend in the Perth metro area, with early reiwa.com data showing there were 4,000 house sales over the quarter. This figure should lift to around 6,100 once sales have settled, putting it on par with the revised March quarter figure and slightly higher than the same time last year, which is a trend we also witnessed last quarter.â

Mr Groves said this 5.2 per cent decline in stock levels was likely a result of the steadily improving sales transactions.

âAlthough we still have plentiful choice in the market, we do appear to have hit a ceiling and are no longer seeing the increases we once were. As long as transactions remain steady, we should see listing levels decline,â Mr Groves said.

It was one day faster to sell a house in Perth in the June quarter than it was in the March quarter.

âThe average selling days figure for the three months to June was reported at 68 days, which is a small improvement on the March quarter and another example of the stable conditions that appear to be prevailing,â Mr Groves said.

The proportion of vendors who had to discount their asking price over the quarter, reduced marginally to 54.8 per cent.

âWe also saw a minor shift in the amount sellers were having to reduce by, which lifted to 6.6 per cent from 6.4 per cent in the March quarter,â Mr Groves said.