Australians are feeling more positive about property price growth but are still worried about affordability, a national survey of first-home buyers, owner-occupiers and investors shows.

The number of people expecting house prices to rise has risen across the country, ME Bank’s quarterly Property Sentiment Report for the June quarter, released on Tuesday, shows – with 38 per cent of Australians expecting house prices to rise over the next 12 months.This was up from 32 per cent in the March quarter. The survey showed that while overall sentiment was improving in Australia, some states were still holding negative outlooks when it came to property values.

ME group executive – customer banking Craig Ralston said the improved sentiment from buyers was unsurprising given the Reserve Bank’s recent interest rate cuts, changes to lending criteria for mortgages and the certainty over negative gearing options since the federal election. “We weren’t actually surprised to see an improvement this quarter given what’s happened,” Mr Ralston said.

Rising auction clearance results were also having an impact on attitudes, he said.“Positivity among sellers and owner-occupiers suggests these groups see the recent market trends as a sign their homes are retaining or regaining value again,” he said. 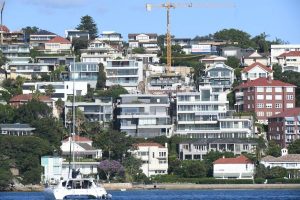 The survey involved 1000 people from across the country – 500 owner-occupiers, 300 investment property owners and 200 first-home buyers. In NSW, many still believed the value of their property would drop over the next 12 months compared to other states and territories, with 41 per cent of people surveyed believing prices would continue to fall across the state. Only 26 per cent believed prices would rise.

While most were more positive about house price growth, housing affordability was a major area of concern. Almost all – 93 per cent – listed it as a leading issue despite the cooling prices in major cities including Melbourne and Sydney.

In what he described as one of the biggest surprises of the sentiment survey, Mr Ralston said investors’ positive sentiment had dropped since the March quarter survey. Investors had reported property prices had impacted their savings, sense of wealth and financial confidence.

“The drop in positive sentiment among investors is surprising considering negative gearing now seems to be off the table and APRA has proposed changes to home loan serviceability,” Mr Ralston said.